President Obama - Not What Was Said On the Tin?

Personally, I quite like President Obama. He seems a lot more genuine than most politicians, and being the first black president of the USA is surely a significant step forward for humanity? He has also, seemingly, tried very hard to improve the lot of the ordinary people of America. Mind you, I'm a bit vague on that score. I hope I never have to answer a quiz question on the subject.
It comes as a surprise to learn that, in some significant ways, he has shown himself to be not quite the shining liberal light I thought he'd be. For example, before he was elected President, gun owners in the US were buying up guns by the truckload. It seems that they thought Obama would impose severe firearms legislation - but that hasn't happened. Not only are guns still freely on sale, but President Obama has allowed firearms to be carried openly in America's National Parks. Mind you, Obama could argue that this is being liberal - for gun owners.
There is also the equally lethal issue of the War on Terror. President Obama gave the impression that the miltary adventures in Iraq and Afghanistan were abhorrent, and should be ended as soon as possible. Instead, he has sanctioned the biggest Military Spending budget ever anywhere. This has led John Pilger to comment:
"... many Americans actually believed Obama shared their opposition to Bush’s wars. In fact, he had repeatedly backed Bush’s warmongering and its congressional funding."
He has also continued America's unconditional support for Israel, and assured Cuban exiles that he will continue to impose the US trade embargo on Cuba.
This is not quite what was expected. Still, we in Britain should now be used to politicians who make promises before being elected to power, then fail to keep them when elected.
I wonder if Obama has ever met Nick Clegg?
Posted by Geoff Parry at 19:38 1 comment:

Where are All the Protest Songs?

In an interview found in "The Guardian" on the 11th January, Bily Bragg laments the dearth of protest songs, given the credit crunch and the Afghan War. He says:
"When I was first plying my trade, people were willing to talk about these issues. Now they'd rather write about getting blasted than changing the world".
For the most part, I agree, although there may be an unwelcome explanation for this. One explanation is simple political apathy, caused by the fact that most people feel that they can have no real influence upon events, whatever they do. After all, runs this line of reasoning, 1000, 000 people demonstrated in London before the start of the Iraq War, and it didn't stop the invasion.
There is also the age issue. I have not encountered the argument that protest songs are "old hat", belong in the past and are for the older generation, but I am sure that this attitude does exist.
Lastly, there is the argument that people like the anodyne pop songs of today because they provide them with an escape from reality. There might be some point to this. In the 1930s, when war loomed, people loved some of the most trivial, escapist music imaginable. How else can we explain the popularity of Gracie Fields and George Formby?
Some would argue that protest songs are a waste of time, pointing to the anti-war songs of John Lennon as an example. Yoko Ono is on record as saying that Lennon really believed that songs such as "Give Peace a Chance" and "Happy Christmas (War is Over)" could change the world and end all war. Ah, say the cynics, such naivety!
As someone who has penned a few polemical verses himself, I find this last point of view the most inaccurate. Songs of themselves change nothing; people do that. But a song can inspire and help to unite people in a common purpose, raising our spirits and pointing us towards the ideals we strive for (I think Lennon would have agreed). We may yet see peace marchers singing "Give Peace a Chance" again, and student anti-cuts marchers lifting their spirits with a chorus of "We Shall Overcome". Deep in my heart, I do believe...
Posted by Geoff Parry at 17:00 3 comments:

I have never posted here twice in a week, and do not intend to make a habit of it. However, the case of the ex-undercover police officer, Mark Kennedy, has jolted me into action. Mr Kennedy, as we all know, is the former police agent who infiltrated environmental groups for seven years and then baulked at seeing six of his former associates wrongly convicted. Mr Kennedy is now on the run, and anyone wishing to read more about his story can do so in the Mail on Sunday. Much of what he says is frightening, not least his claims that he was beaten up by five police officers while working undercover and that he knew of 15 other operatives like himself, 4 of whom are still in place.
What concerns me is the fact that so much effort and expense has gone into mounting surveillance upon activists who are non-violent. At a time when we face terrorism, civil disorder and global organised crime, why are valuable resources being directed against people who intend harm to no-one, and want to make the world a better place?  I wonder if the police are engaged in surveillance of Amnesty International, Greenpeace and the Women's Institute?
It also begs the question: how much do police know in advance of actions planned by violent activists? As I have said before, Anarchist groups are not difficult to infiltrate for agents of the security forces. Such agents must have been in place before the recent violent student disorders in London, and yet they had no warning of the planned violence.
Or did they?
Posted by Geoff Parry at 10:47 3 comments:

Tunisia - Is This a Portent?

The BBC website is quite clear on the subject: "In a string of Arab countries, succession issues loom as ageing autocrats confront the unmet aspirations of their youthful and rapidly growing populations." The article goes on to say that there is a risk of unrest spreading to neighbouring Algeria. It also makes the point that repressive regimes, thanks to the internet, texting, etc, can no longer control news reaching their populations, and are thus unable to pretend that the characteristic features of repressive regimes (corruption, human rights abuse, etc) do not exist. Another point made by another commentator is that many young Tunisians are highly educated, and are no longer prepared to tolerate a state that denies them freedom of expression and (perhaps more significantly) has failed to provide them with productive employment.
Educated elites who feel aggrieved at the political system under which they live are a dangerous force. Such elites were the prime movers behind both the French and Russian Revolutions. The French revolutionary, Danton, said:
"The revolution came: I and all those like me threw ourselves into it. The old regime drove us to it by giving us a good education without opening any opportunity for our talents" 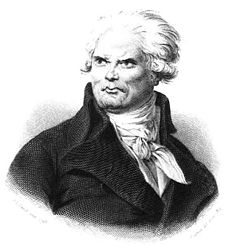 Perhaps we in the UK should take note. We now have an angry student population who feel that they face an uncertain financial future; we have thousands of intelligent young people who will be unable to enter Higher Education because they cannot afford it. The resentment and frustration felt by both groups could lead to problems in times to come. The popular unrest inTunisia, as I suggested above, could be a portent for the future.
Posted by Geoff Parry at 11:13 1 comment:

Sexploitation - Not Just A Pakistani Issue 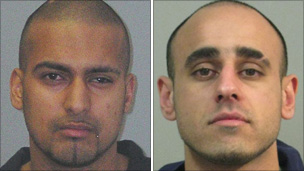 As we know, ex- Home Secretary Jack Straw has been accused of "stereotyping" after suggesting some men of Pakistani origin see white girls as "easy meat", and groom them for sexual exploitation. This is understandable as far as it goes, because, as has also been pointed out, most sex offenders are white, and black girls are also targets for predatory gangs such as the squalid crew from Derby, whose crimes can be read about HERE, and whose leaders,Abid Mohammed Saddique, 27, and Mohammed Romaan Liaqat, 28, both married men, are pictured above. However, I think that Straw's remarks can be applied to all communities in the UK. The exploitation of vulnerable young girls is clearly a serious issue that is going largely unreported. All communities need to deal with this issue, and  Mr Straw's comments - whatever we may think of them - will hopefully focus our attention upon it. As long as young girls take to the streets, predatory gangs of all cultures and colours will be looking for them.
Posted by Geoff Parry at 18:34 1 comment: