How to insult 145 million people - all at once

I once read that diplomacy is the art of telling people to go to hell in such a way that they actually look forward to the journey. On that basis, it is clear that our Foreign Secretary is about as diplomatic as a heavy metal band in a Trappist monastery. His comparison of Russia holding the football World Cup with Hitler's 1936 Berlin Olympic Games is crass, undiplomatic and deeply offensive.

In the UK, we have a judicial system based on the principle that an accused person is innocent until proven guilty. I am not an uncritical supporter of our Establishment, but this is one idea that I tend to support. Our government has repeatedly stated that Russia is probably responsible for the poison attacks in Salisbury, but they haven't produced a shred of evidence. Not only that, they haven't even claimed that they do have evidence but must withhold it on the grounds of national security. While I wouldn't necessarily be convinced by such an assertion, the fact that they have made no claim to holding any evidence whatsoever makes me very suspicious. I therefore conclude that it is highly probable that they have none.

I am not a Putin apologist, and I am not saying that his government is innocent of the attack; I am simply stating that our government's assertions would not stand up in a British court of law.

Boris Johnson' comparison with Hitler is deeply offensive as well as being quite inaccurate. This doesn't surprise me: the last senior Tory politician who had any true historical understanding was Winston Churchill. Hitler intended the Olympic Games to demonstrate the innate superiority of the Aryan Master Race, a doctrine ultimately derived from a distorted view of the writings of Friedrich Nietzsche. We all know what Hitler did to the various peoples whom he regarded as inferior. Putin is no Hitler, he has no comparable philosophy of racial superiority and he has initiated no holocausts. He quite deliberately appeals to the patriotism of the Russian people, but then so do national leaders everywhere, to varying degrees. Every country that hosts world sporting events likes to show itself in the best possible light: the UK certainly tried with the 2012 Olympics, and I see nothing remiss in Russia trying to do the same with the World Cup.

The Hitler comparison demonstrates how Johnson has little or no understanding of Russian history and the sensibilities that to this day derive from that history. The USSR suffered at least 25 million deaths as a direct result of the Second World War; this terrible statistic still resonates with Russians today. To put it in perspective, 25 million would have represented more than half the UK population at the time. Total UK deaths from the war were 265,000, which means the USSR lost 94 people for every one the UK lost. At that time, the population of the USSR was at most four times the UK population. *

As those 25 million Soviet lives were lost resisting and, ultimately, defeating Hitler, it not hard to see that the Russian anger generated by Johnson's crass comments is not the synthetic indignation of diplomats. No, a country that suffered greatly - still just about within living memory - has been compared to the Nazi monster who caused all that grief.

I have watched RT, the Russian TV channel, and Johnson's comments have, unsurprisingly, been extensively reported. I have little doubt that they will have caused some Putin detractors to rally behind him in the face of such a slur against their country. If Johnson has any understanding of what the term 'diplomacy' means, he should realise he has just scored a massive own goal, but instead he has stated that he stands behind what he said.

Johnson should be sacked, but he won't be because Theresa May is a lame duck prime minister whose survival depends on keeping all the potential leadership challengers in her Cabinet. A PM who was forced to give the magic money tree to the DUP will not jeopardise her government by doing anything to alienate Johnson - not even a reprimand.

The Russians have just re-elected Putin as president. Whatever you think their leader, the Russian people do not deserve the vile insult that Johnson hurled at them.

* Source of casualty statistics: The Guinness Book of Answers,
Posted by Neville Grundy at 20:23 2 comments: 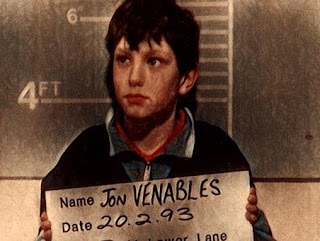 I was on holiday when Jon Venables, one of the two killers of James Bulger, was arrested for the second time. Despite being far away, I was able to view some news items and learned of the heated arguments that ensued about whether or not he should retain his anonymity. According to a tabloid newspaper, Venables can expect a hard time in prison, where inmates will soon see through his false identity. Both James Bulger's parents, who have conducted themselves with admirable dignity while fighting for justice for their son, believe that Venables should either lose his right to privacy or be placed under 24-hour surveillance. MPs are due to debate a petition on this matter. Meanwhile, Robert Thompson, Venables' co-murderer, appears to be living a quiet and blameless life. There are no calls for him to be outed, which is an  ironic term to use, as he is said to be in a stable gay relationship.
I was teaching in Liverpool when James Bulger was murdered, and remember the pervasive collective shock that existed when it was realised that the crime had been committed by two young boys. Sadly, neither myself or my then colleagues were completely surprised. All of us privately watched the infamous film of James being led away to see if we recognised his abductors. I have maintained an interest in this case which is periodically refreshed by the antics of Venables and, like thousands of other people, I retain a sense of outrage at what was done to poor James. Most people do not know or want to know the full details of the killing on that railway bridge back in 1993. I do, and can assure you that they are unforgettable in their horror. If you become familiar with those details, you will understand what drives Denise Fergus and her ex-husband, Ralph Bulger, in their campaigns for justice for their murdered son.
Feelings apart, I am left with two unanswered questions about this crime: 1. Why did the two boys, Thompson and Venables, commit the crime? 2. How long should children who kill be incarcerated?
In answer to Question 1, there have been a number of attempts to explain the boys' actions. In his book, "Destroying the Baby in Themselves", David Jackson postulates that they were trying to destroy the softer side of themselves and become "hard". They may have been taking out on James their own resentment felt against their own younger siblings. Jonathan Paul, in "When Kids Kill", suggests that there could have been a sexual motive - recent revelations might point to this.
The problem with theories such as these, worthy and accurate as they may be, is that they do not explain why the boys did what they did when they did. Why that particular day? Why did they take James in the direction they did? Albert Kirby, the detective in charge of the investigation, was struck by the degree of planning that Thompson and Venables employed. Why, for instance, did they choose to head for that particular stretch of railway? Why did they persist in their efforts to snatch a child, despite being foiled at least once? Why was the violence of the boys towards James so extensively and comprehensively sadistic? Why did they try to conceal their crime?
Teaching in Liverpool at the time, I was told of a theory, supposedly being examined by Merseyside Police, that answered these queries. According to a very good source, the police were working on the theory that an adult was involved. The adult was a pervert, who wanted to make a "snuff video" of a child being murdered. It was thought that he had bribed Thompson and Venables to snatch a child and take him or her to the railway sector to be killed by them. He would have filmed the whole horrible event and rewarded them handsomely, or so they would have expected. However, so the theory goes, the adult did not show on the day, and the boys took out their disappointment and anger by inflicting gratuitous violence upon James before murdering him anyway. Nothing was heard of this theory, so it must have been discounted. It did, however, provide a plausible explanation for the boys' actions. Thompson and Venables have never fully explained their motives for acting as they did, when they did, but, if they ever do, we might find that they had a more straightforward trigger for their actions than previously thought.
Question 2 is a more vexed question, and may never be satisfactorily answered. The vast majority of people thought that the 8-year sentence given to Thompson and Venables was too lenient. Interestingly enough, the two brothers who murdered Damilola Taylor, Danny and Ricky Preddie, received exactly the same sentence, but there was no outcry then about excessive leniency. Compare these British cases, however, with the sentences handed out to child killers in the USA. One example is that of Eric Smith of New York, who murdered a 4-year old boy in 1993, when he was 12 years old; he is still in prison. Another is that of Joshua Phillips, from Florida, who strangled an 8-year old girl when 14 years old in 1998. He was tried as an adult and sentenced to Life Without Parole. The best-known of such cases, however, was that of Jesse Harding Pomeroy (aka "The Boy Fiend") of Boston, who, at the age of 14, attacked a number of younger children, murdering two of them, in 1874. He was imprisoned, mostly in solitary confinement, from 1874 until his death in 1932. So which is the better course of action - a lengthy period of therapy and reformation, followed by release (which seems to have failed with Jon Venables), or sentencing such offenders to life imprisonment into adulthood and beyond?
This is not the place even to attempt to provide a definitive answer, however, and bearing Jon Venables' recent offences in mind, should we not be asking ourselves how justice may be served in dealing with children who kill? 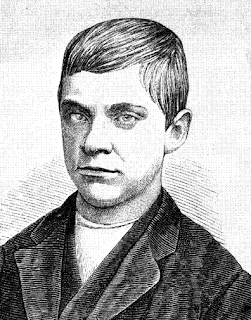