OFSTED and Discovering the Obvious 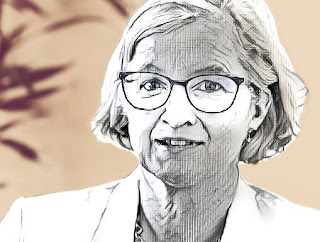 OFSTED, the Schools Inspection Service, reminds me of the carthorses that used to draw milk wagons prior to WW1. The more elderly carthorses, like OFSTED, were slow and steady but got there in the end. There are differences, of course, but, for now, let's look at a similarity.
The similarity arises from the recent belated discovery by OFSTED that schools - even primary schools - have become exam factories and that teachers have become "data managers", according to the OFSTED chief, Amanda Spielman, pictured above.
Mrs Spielman went on to say, several days ago:
"The cumulative impact of performance tables and inspections, and the consequences that are hung on them, has increased the pressure on school leaders, teachers and indirectly on pupils to deliver perfect data above all else... we know that focusing too narrowly on test and exam results can often leave little time or energy for hard thinking about the curriculum, and in fact can sometimes end up making a casualty of it."
All well and good, but the fact remains that I, along with all teachers between 2000 and the present day, have known this for years. I retired in 2011, but still remember the effects of exam stress on pupils that I witnessed before then. I taught in a primary school, and, at that time, Year 6 children took three SATs tests. The highest grade was Level 5, while Level 4 was considered acceptable. Schools were under tremendous pressure to achieve well in their SATs results, which were published like some kind of league table. Year 6 children were taught to the examination to a high degree, going through at least one full mock SATs test, all of which were marked by the class teachers. Many children were subjected to intense pressure from their parents to achieve top grades. I have seen an 11-year girl in floods of tears after gaining two Level 5s and one level 4 - she was frightened that her mum would be angry. Another girl reported to us that her father had threatened to beat her up if she did not get three Level 5s. I lost count of the number of children who told me they were forced to study for hours by their ambitious parents. I myself had a pushy parent complaining that her daughter had only achieved a Level 4 in a practice test when I taught a Year 5 class. For this age group, a Level 4 was a very good result. All this, please note, for what was meant to be a monitoring measure providing assessment information to secondary schools. Instead, it became a virility test for primary schools and a matter of prestige for aspirational parents.
I think I was unkind to carthorses above. After all, they existed to provide a service. OFSTED exist for a service, of course, but they have functioned, until now, to enforce the examination regime which they now say is all wrong. As a veteran of many inspections myself, I regard this change of emphasis with utter cynicism. It's rather like the owner of a horse wondering why the horse never looks happy and, after a number of years, realising that it was because he repeatedly beat the poor creature. OFSTED do not beat teachers, of course, but their highly stressful inspections are part of the problem that they now profess to want to solve.
So - how do OFSTED propose to improve matters? Well, the BBC say that:
"The biggest planned change to the inspection framework is that the section based on "pupil outcomes" (exam results) is likely to be replaced with a new judgement for "quality of education".
There are also plans for three other categories: 1. Personal Development. 2. behaviour and attitudes (presumably of children). 3. School leadership and management.
There will be a consultation in January, which has been welcomed on all sides. This consultation will involve teachers and other "hands on" professionals, and, hopefully, will produce a more humane system for schools. What a pity it has taken so long... 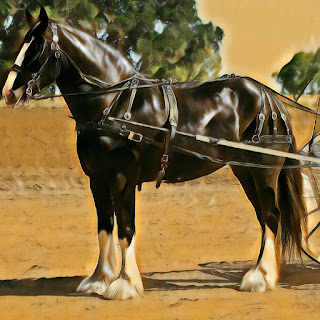