Jack the Ripper, Sooty and Doctor Who 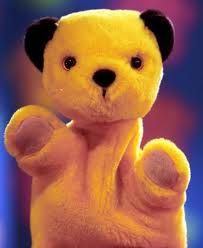 Is this the face of Jack the Ripper?

A visitor from outer space might well be surprised at the continued interest in the "Jack the Ripper" murders of 1888. So intense is this interest that I think it a good idea to take a step back and examine this remarkable phenomenon which has produced a huge number of books, films, documentaries and articles. There are at least 100 theories about the identity of "Saucy Jacky", as the Ripper is supposed to have described himself. So many, in fact, that a spoof article (in "The Truth", 1988) has been written to advance the theory that the Ripper murders were carried out by Sooty. His diminutive build (8 inches tall) is supposed to be the reason why he was able to escape detection. Nonsense, of course, but the authors intended to show just how wild the speculation about the Ripper's identity has become.
But let us be clear about one thing from the outset: the Ripper murders were no laughing matter. Ripperologists disagree about how many murders Jack committed. Some say as many as nine; some as few as five. Whatever the number, all the poor unfortunate victims were horribly done to death. Anyone who has never read descriptions of the murders, post mortem reports, or never viewed police photographs of the dead victims (especially the photo of the dead and mutilated Mary Jane Kelly) would be well advised to read and view on an empty stomach.
However, I do not intend to dwell on the gory details of the case. What is of interest, given the fact that Jack was never caught, is the bewildering array of suspects. What a crew! Sir William Gull, Queen Victoria's surgeon; the Duke of Clarence; the painter, Walter Sickert; James Maybrick, a wealthy Liverpool cotton merchant. And there are many minor figures, such as Josef Kosminski and Montague John Druitt. More recent theories, of varying degrees of wildness, include that of Tom Slemen, who asserts that Jack was really a hitman for the Secret Service, eliminating couriers who were working for the radical underground; that of Bruce Paley, who claims that the Ripper was in fact Joseph Barnett, Mary Jane Kelly's paramour. It has even been suggested that Jack was a warped social reformer who wished to draw attention to the dire social conditions in the East End at that time!
Our hypothetical space visitor would now be right in asking why we bother. After all, Jack was not the most prolific serial killer ever, nor is there any conclusive proof that any of these theories are correct. The plain fact is, we don't know who Jack was, and never will. Perhaps the best book on the subject is Philip Sudgen's "Complete History of Jack the Ripper" , which debunks many of the silly theories about Jack's identity and examines the simple facts of the case. He says: "...the Ripper heralded the rise of the modern sexual serial killer". And there is the intriguing fact that Jack eluded capture again and again, despite the best efforts of the unjustly derided police force.
It might appear that I'm suggesting the interest in the Ripper to be a complete waste of time and effort. Actually, I don't think that at all; even the wildest theories turn up a mass of interesting facts about Victorian London. But I think it fair to say: if all the erudition and research gone into trying to discover the Ripper's identity had gone into more recent unsolved murders, more recent murderers - still alive - might have been brought to justice. I have it on good authority that the police have no objection to amateur sleuths digging into cold cases, and are always happy to receive fresh information that may lead either to a conviction or the re-opening of a case.
As for Jack, the only person able now to discover who he was is Doctor Who, and, to my knowledge, the good Doctor has never even been to Whitechapel, 1888. One wonders if he has something to hide?
I cannot resist advancing my own theory here. Commentators in 1888 (and later) were amazed that Jack was able to lure his victims to their deaths, despite the panic gripping Whitechapel at that time. I think that we might find an answer in a more recent case - that of Steven Wright, the "Suffolk Strangler" who murdered five prostitutes in Ipswich, 2006. Despite the panic (very similar to 1888), local prostitutes kept going off with Wright. Why? For the simple reason that they knew him already, and trusted him. The Ripper might have been trusted by his victims for the same reason.
Oh, no, now I'm beginning to sound like a Ripperologist.
Can I get therapy for this?
Posted by Geoff Parry at 17:02