The Rhymes and Routes Christmas Message

The Rhymes and Routes Christmas message this year comes from the Reverend John Faraday,  Rector of the Anglican churches (St James', St Peter's and Emmanuel) in Gorton, Manchester. 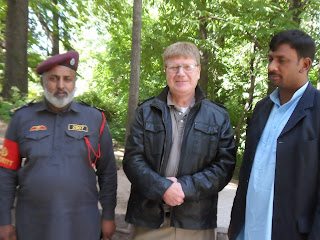 I am very grateful to Geoff for the opportunity of writing his blog Christmas Message. To have been preferred over a message from (Ex) President Ahmajinedad is a great privilege… I think.

For the benefit of your readers I will give a brief pen-picture of myself so that you will know where I came from and something about what makes me who I am. I was born in 1949 in Bootle, where bomb-sites were a normal part of life. At the age of 9 my father got a promotion and we were able to move nearer to his work in Southport.

When we got to Southport I was welcomed into the local Boys’ Brigade. I enjoyed their games nights and the local Church. By the time I was in my teens I was a committed Christian. (Yes, I know there are some who think that every Christian should be committed! I agree that all Christians should be committed, but I do not quite mean what they mean!)

While in my teens I met Geoff and we became life-long friends.

I trained at University to be a civil engineer. I am very glad I did because I met people of every social position. On a single day I could be at the bottom of a site trench or in a tunnel with the hard working (usually Irish) men who translated the drawings into reality, then in the evenings dining with directors.

However, my first work in civil engineering was not in the UK and I met no Irishmen. I was accepted as a volunteer for Voluntary Service Overseas and packed off on a flight to Sierra Leone. I learned a lot about myself while I was there. I went there thinking that I was exactly what Sierra Leone needed! I found out that my pride and inexperience made me useless to Sierra Leone. At the end of a difficult year I got home wondering if my time there was any use. I am now convinced it was useful, to me if not for Sierra Leone!

I am now a priest in the Church of England, but I have benefited a lot from meeting all manner of people in my life. (That is one of the great bonuses of work in civil engineering and in the Church).

Although I have made mistakes (and yes, I continue to do so) I am sure that if I had not been a Christian I would have found life a lot more difficult to cope with. When I feel like complaining I can reflect on Jesus. When he was born his parents had nothing. He was born in a stable and soon the family had to flee southwards to Egypt, several hundred miles from their home in the Galilee area. At the age of twelve he was so keen to consider important issues that he spent a couple of days with the Temple leaders, much to the annoyance of Mary and Joseph who thought he was with the party returning to Nazareth where they lived at the time.

Later he had a successful but controversial preaching tour talking about the love of God and forgiveness, about right and wrong- and their results, about what kind of values we should have. People who could not take his message put Him to a very painful death.

I think that it is great when people celebrate Christmas, especially when they take time to consider just what the season is all about- The Son of God coming to earth and ‘roughing it’ with the rest of us. The events of that first Christmas are monumental and meaningful. But they are not the whole story by any means! A tiny baby does not challenge beyond the need for safety, food, warmth and medical care.

A grown person, especially one who challenges every single human being yet is worshipped by so many, should be taken seriously. I believe that Jesus is nothing less than the unique Son of God! The best Christmas present people can give themselves is a copy of the Bible and then start to consider the New Testament. If you would like to ‘dabble’ but spend less money, have a look at a site such as ‘Biblegateway.com’ and read the Bible online, in whatever your native language is. You can find out all about God’s greatest gift to mankind. Start with the Gospels (Matthew, Mark, Luke and John) and think about who Jesus was and why He is still a person people live and die for.

My best wishes for a happy Christmas.