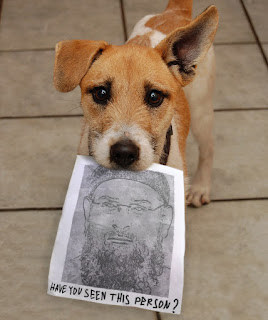 I am completely opposed to Anjem Choudary, his antics and his extreme beliefs. I was outraged by his poppy-burning stunt several years ago, and expressed my anger here. However, while I am not in the least unhappy at his recent trial and incarceration, I am nagged by a feeling that we have underestimated him and that, even now, he may be playing some kind of game. As we know, the authorities have been out to get Choudary for a number of years, but he has always managed to avoid prosecution. Like Robespierre, Lenin and Margaret Thatcher, who were all radicals in their way, he is a trained lawyer and also a skilled operator when it comes to avoiding prosecution. I believe him to be an operator of a different kind as well, but I'll save that for later.
What appears to have clinched the prosecution of Choudary is his oath of allegiance to Daesh, which is illegal. I am puzzled at the fact that he was (apparently) stupid enough to take that oath, but we all slip up at times. It seems that he could not be prosecuted for his other activities, as Nick Lowles of Hope not Hate put it:

'Justice has been a long time coming,' he said. 'For far too long, Anjem Choudary has played a key role as a cheerleader for ISIS, and been allowed to demonise the Muslim community.
'He clearly promoted the disgusting and divisive ideals of the Islamic State, while dozens of his supporters have been connected to terrorist plots, violence or heading overseas to fight in Syria, Iraq and other conflicts. Finally Choudary can now pay for his actions.'
The media has rightly focused upon the fact that at least 75 (or more) UK citizens convicted of terrorist offences have been members of Al-Muhajiroun, Choudary's own extremist group, including the murderers of Lee Rigby: Michael Adebowale and Michael Adebolajo. Choudary afterwards described Adebowale as "a man of impeccable character" and "a practising Muslim and a family man". Lee Rigby's fiancée, Aimee West, commented:
'I'm all for free speech, but the BBC is wrong to give such a big platform to hate preachers who are brainwashing young people and inciting such acts of horrific violence.'
Ms West's outrage is understandable, but it highlights another aspect of Anjem Choudary: the fact that the media have made of him a clownish personality who can be relied upon to make an outlandish or outrageous comment. This begs the question: how much free speech should Choudary have been allowed in the first place, and what is the future of free speech now? Some people have pointed out that by imprisoning Choudary, he will simply become a martyr to his followers, and will not stop radicalization anyway. Other hate preachers will step in to fill the gap. As Emma Webb says in "The Spectator":
"Don’t let off your celebratory party poppers just yet! Anjem Choudary may be facing jail, but he is a slippery man – an ex-lawyer always careful to push the boundaries of the law he despised without breaking it – so don’t think he won’t try to play a bad hand to his advantage.
There’s a phrase about ‘never wasting a good crisis’. And I have no doubt that is precisely what Choudary will do. The judge could order him to be suspended, David-Blaine-style, in a glass box and he would probably find a way to radicalise people using semaphore".
Not to mention  the impact he would have on other prisoners and the prison system itself - he cannot be held in solitary confinement for ever. That would be a violation of human rights.
The key issue here is what John Stuart Mill identified in "On Liberty" as being:
"…the only purpose for which power can be rightfully exercised over any member of a civilized community, against his will, is to prevent harm to others."
Now, as outlined above, there is much to argue the case that Choudary's activities and speeches cause harm to others. However, there is a body of opinion (including the man himself) which argues that, as he has done no direct physical harm, and incited none, he should not be imprisoned. They also argue that other people who cause public offence by their statements and activities could also be affected. Some could argue that one of Choudary's most virulent critics, the UKIP comedian, Pat Condell, who has argued that Chaudary should be knighted, could be indicted for what might be regarded as his Islamophobic views. I am sure that Choudary would agree. In fact, if it were up to him, life would become very difficult indeed (perhaps no life at all) for anyone who did not share in his current bigotry and fanaticism.
Personally, I think that we need to assess Choudary in a different way. I have no doubt that he means what he says at the present time, but he has not always done so. As the media has reported extensively, Choudary led quite a wild youth, engaging in such non-Muslim activities as drinking cider, smoking dope and reading Mayfair, changing his ways only after encountering the hate preacher, Omar Bakri Mohammed. That being the case, I think it fair to say that people who are capable of one radical change in their views are capable of another. We may yet, in future years, see a very different Anjem Choudary on our TV screens, perhaps as a chat show host, or even a contestant on "Strictly Come Dancing". Unlikely? Impossible? Possibly - but I see Choudary as an operator who knows how to use the system. He may well find it to his advantage to change his mind and allegiances, becoming a "Lost Leader" to his present-day acolytes. 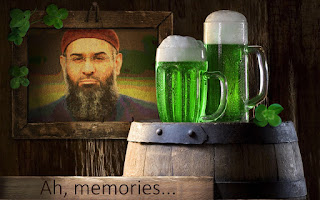