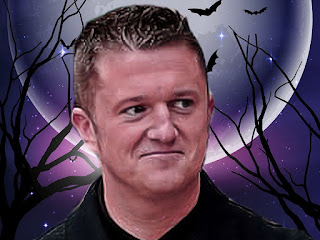 Repentance is not a word used much nowadays outside a theological discussion. Basically, it means to feel regret for one's actions and make an effort to do better in future. As Wikipedia says:
"Today, it is generally seen as involving a commitment to personal change and the resolve to live a more responsible and humane life".
In a religious context, of course, repentance involves sorrow for sinful behavior, confessing that sin to a priest or to God himself in prayer, as laid down in the Bible verse, 1 John 1:9:
"If we confess our sins, he is faithful and just to forgive us our sins, and to cleanse us from all unrighteousness."
Divine forgiveness is freely given, but the repentance must be accompanied by genuinely sincere attempts to never repeat that particular sin, or it is worthless. Evangelical Christians call failure to do this "backsliding".
In a political context, repentance is probably not a word that should be used. After all, I could be a Communist secret policeman who, when times change, becomes a vocal supporter of liberal democracy. If, as a secret policeman, I am a serial adulterer and continue engaging in infidelity following my political conversion, then I am still, by religious standards, an unrepentant sinner. Changing political behaviour is not the same as a change in moral behaviour.
Nevertheless, I think we can legitimately accuse Tommy Robinson, aka Stephen Yaxley-Lennon, pictured above, of political backsliding and false repentance. Back in 2013, he resigned as leader of the English Defence League, and announced his intention to work with Quilliam to counter extremism among Muslims. At the time, Esther Rantzen made the very valid point that if we treated Robinson with overt cynicism, we would only discourage others who wanted to come in from the extremist fringe.
Sadly, that cynicism was not misplaced in the case of Tommy Robinson. He did work with Quilliam for a while, later claiming that he was being paid £2000 a month, which the organization denied. Whatever he was paid, it did not stop him from pleading guilty (confessing his sin?) to two charges of mortgage fraud in 2012, for which he received a prison sentence of 18 months. Robinson is no stranger to the judicial system and has a number of criminal convictions, including being jailed for passport fraud in 2013. In 2015, he returned to his anti-Islamic campaigning by founding a UK branch of Pegida, the anti-Islamic movement founded in Germany. He then became a correspondent of Rebel MediaUK in which he features strongly, propounding his anti-Muslim views. He is now in prison, as we all know, for contempt of court. A disturbingly large number of his supporters demonstrated in London calling for the government to "Free Tommy". 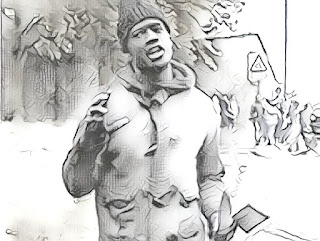 So - what price repentance or changes of heart by political extremists? One of Lee Rigby's killers, Michael Adebolajo, has expressed remorse for his actions. As the Sun said:
"The killer has finally admitted his guilt and expressed "regret" in a bombshell jail confession, adding that he plans to write a letter of apology to the soldier's family."
Safaa Boular, the 18-year old  girl convicted on terrorist charges recently, has also expressed remorse for her actions. As The Guardian says:

"In the witness stand, Safaa appeared as a typical teenager, having discarded her strict Islamic clothing for pencil skirts and Nike tracksuit tops.She told jurors she had ditched religion after speaking to other young people behind bars, having spent her schoolgirl days knowing “Islam and nothing but Islam”. She said watching the Isis videos now reduced her to tears because she “could not believe” she was capable of watching them before."

Now, if these declarations are sincere, they are to be welcomed. But this is similar to what happened with Tommy Robinson back in 2013. Robinson is utterly opposed to Adebolajo, Boular and the ideology they claim to have abandoned, but his "backsliding" will make people very suspicious of the true aims of them both, and of others like them in the future.

Tommy Robinson will like that.
Posted by Geoff Parry at 12:49