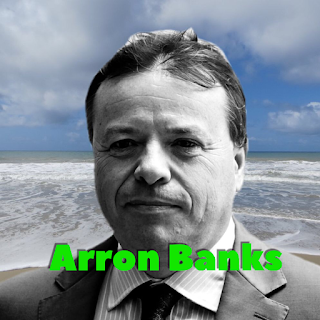 I some times think that we are living in a collective nightmare in the UK and elsewhere. Covid-19 is frightening enough without Brexit, Trump and the bizarre antics of our "leaders". Fortunately, there are a number of perspicacious writers who work very hard to provide a truthful picture of what is happening. One such is the Guardian journalist, Luke Harding, who has written some excellent works on the relationship of President Putin with the West, as well as the murder of Alexander Litvinenko and the attempted murder of the Skripals in Salisbury. His latest book, "Shadow State" is a wide-ranging expose of Putin-directed interference in Western society, ranging from the bungled assassination attempt in Salisbury to the interference in the US presidential election - and much more.
"Shadow State" is, as John Sweeney says in the Guardian, "a necessary book", for all of us who are concerned at what we see happening politically. It provides us with details that we would not otherwise have. One example: six months after the Salisbury debacle, which was carried out by two GRU agents, their boss, Igor Korobov, died in "mysterious circumstances". A GRU defector described this as murder. Putin, he believed, was angry at the failure of the mission.
Even the Daily Mail, though ungraciously failing to mention Harding's book, joined in the controversy:

"A former MI6 spy has accused Boris Johnson and Theresa May of turning a blind eye to claims Vladimir Putin secretly bankrolled Brexit and held a grip on Donald Trump.
Christopher Steele, the veteran intelligence operative and Russia specialist, told MPs the May administration prioritised politics over national security. He said the government 'threw a blanket' over his 2016 'dirty dossier' about the US President to avoid souring relations with the White House ahead of forging a cross-Atlantic trade deal after Brexit."

That is a very serious accusation, and Harding makes much the same charge in his book. He also deals extensively with the Russian connection with Trump, and the election interference in the USA and Ukraine.. Two excellent reviews in The Guardian and The Scotsman cover this, but I wish to focus upon Chapter 9 : "Moscow Gold". This chapter deals primarily with the alleged meddling of Russia in the EU referendum, and brings back into scrutiny our dear old pal, Nigel Farage. 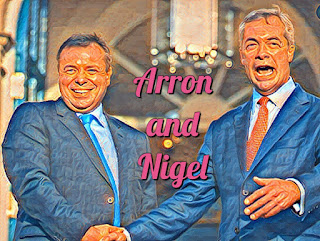 I had forgotten how, at the start of the referendum campaign, the accepted wisdom was that Remain would win convincingly. At the time, it never occurred to me that, as Harding says:
"For Putin, Brexit was a highly desirable outcome. His pan-European objective was to break up the EU and weaken the UK and NATO."
Putin's men in London, Ambassador Yakovenko and a thinly-disguised FSB spy, Alexander Udod, set out to help bring this about. The man seen in two of the pictures above, is Arron Banks, a UKIP donor whom I believed was part of  Vote Leave but was in fact a co-founder of Leave.EU, which, says Harding, was:
"...an insurgent outfit. It had an unapologetically anti-immigrant message. Banks...would give Leave.EU £8.4 million".
In November 2018, the UK electoral commission acted on information that the "true source" of the money wasn't Banks. Which brings us back to the spy, Udod. He met Banks at the UKIP conference in Doncaster, 2014, and invited him to lunch with the Russian ambassador. Banks has written that he did not take the Russian officials seriously, but concealed the fact that he met Yakovenko a number of times after this. There was sufficient cause for concern about these links with Russian bigwigs, and alleged Russian offers of business deals that Banks, and his sidekick, Wigmore, were hauled before the Culture, Media and Sport Select Affairs Committee in 2018. They (what a surprise!) denied any wrongdoing and posed as victims of Remainers in the media and in politics.
While being questioned, however, they made some interesting admissions. Wigmore said that "referendums were not about facts" and "it's about emotion". He also admitted lying to the press about the fact that Banks, who has a Russian wife and three children of dual nationality, was in Russia in 2016. (Banks said he and his family stayed in Moscow and visited the Hermitage museum. The Hermitage is in St Petersburg). He said that his job was to be "provocative". Jo Stevens MP asked what was the difference between provocation and lies. For those of us who found the Leave campaign inherently dubious, it raises the question: how many more lies were told by Leave during the referendum campaign?
Banks has written a book called "The Bad Boys of Brexit" in which he claims that Leave used "the power of social media". Luke Harding comments:
"What Banks doesn't say is that Putin helped in this cyber effort".
The Brexit-boosting Twitter accounts were later used in Putin's campaign to support Trump, causing the Democrat senator, Adam Schiff, to observe:
"From what we've seen, the parallels between the Russian intervention in Brexit and the Russian intervention in the Trump campaign appear to be extraordinary".
In 2018, Twitter found 3.841 accounts credited to the Russian Internet Research Agency. This was endorsed by a parliamentary inquiry into fake news in 2019. Harding again:
"Moscow's playbook in the UK was the same as in the US".
In other words, they played upon populist and racist themes: immigration, Syrian refugees, EU migrants taking council houses and ISIS terrorism. Nigel Farage and the other Brexit luminaries have never acknowledged this, still less condemned it.
As for Mr Banks' finances, there was no Russian gold. However, Banks funded Nigel to the tune of £450 000, as well as the millions mentioned above. The National Crime Agency (NCA) has investigated Banks' share in diamond mines in South Africa and Lesotho, which could have been used to launder money from Moscow. It dropped the investigation, and the results of the investigation were not made public.
Harding remarks upon the difference between Teresa May's strident denunciation of Russia's role in the Salisbury poisoning with a curious inactivity towards investigating Russian meddling in the EU referendum. Harding again:
"...the British political class and the BBC ignored Russia's possible role in the Brexit vote".
Rightly, there has been no such restraint over the alleged attempts by Russia to hack into research into a Covid-19 vaccine, although the campaign bears all the the hallmarks of the two campaigns discussed above. The BBC has led the charge of denunciation reporting, and reported the predictable Russian response:
"We do not have information about who may have hacked into pharmaceutical companies and research centres in Great Britain. We can say one thing - Russia has nothing at all to do with these attempts," said Dmitry Peskov, a spokesman for President Putin, according to the Tass news agency".
What a surprise, eh? Well, none at all, really. What is - perhaps - puzzling to some is the blatant way in which Russia's agents behave. It's almost as if they revel in being discovered. Harding, when commenting upon the Salisbury poisoning, says here:
"The message of the Skripal affair...could be boiled down to two words: "Fuck you".
He quotes a US presidential adviser as saying:
"They don't care about being discovered. It sends a signal that we have no respect for you".
Quite - but they are no less disrespectful when attacking American luminaries. During the last US presidential election, on my YouTube feed, I kept getting videos making scurrilous allegations about Hilary Clinton's sexuality, i.e. that she was a lesbian. At the time I could tell these videos were part of a concerted effort to discredit Clinton, but didn't know who was behind it - although I was bemused at why I was receiving them. Now, I know who was behind it, but am angry at receiving the videos; the sexuality of an American politician or anyone else is of no interest to me. Had I been an American voter, I would still have voted for Clinton, whatever her sexuality. I get a number of Russian hits on this blog, and I hope that my Russian readers - at least those who work for the hacking agencies - will take note for the next election in which they seek to interfere.
To conclude - who benefits from all this? Who gains by it? Well, here he is... 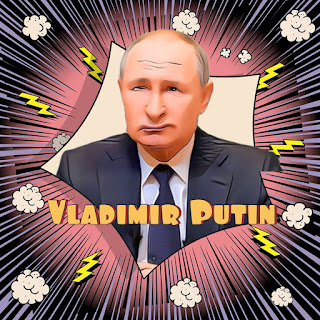