Like most people who were shocked at the gun spree of Raoul Moat, and like the Prime Minister, I am sickened at the setting up of a Facebook tribute (twice) to this thug, rapist and murderer. What I want to ask here is: why do people want to pay tribute to a man who has committed such heinous deeds? George Galloway, ex- MP, offered this explanation, quoted by the BBC:
He said: "I think it is a cry from the heart from poor, white, working class, unemployed people who are drifting on to dangerous shores.
"They hate the government, they hate the police, they hate society and feel left behind."
While I accept that many people who belong to what was once described by sociologists (do we still have any?) as "the unskilled working class", may feel abandoned, this does not explain (still less excuse) Moat's murder of an innocent man, blinding of a police officer, or Moat's well-documented abuse of women. Evil deeds are evil deeds, and to try to justify them in neo-Marxist terms is totally reprehensible. 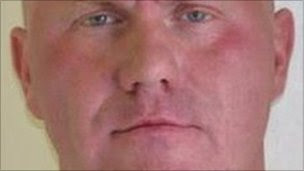