Al Qaeda and the Anarchists - Propaganda by Deed?

Ever since 9/11, I have taken an active interest in Jihadism generally, and the tactics of Al-Qaeda in particular.  I knew that Al Qaeda's tactics would have to evolve following the attacks in the USA, and thought I could predict how they would develop new methods of seeking to inflict terror on their chosen targets. Although they moved with what I thought of as bewildering slowness, all my fears have been realised - and there's more to come.
After 9/11, the resultant security crackdown at airports, plus the increased Intelligence effort against them, made it difficult to repeat the outrage (although they didn't stop trying). Obviously, then, the terrorists eventually (as I expected) decided to mount indiscriminate bomb attacks. This led to the atrocities of 7/7 and the Madrid train bombing.
The authorities everywhere reacted by making it more difficult to obtain bomb-making materials. I thought that, unless Al-Qaeda and friends were stupid, they would switch to using firearms, which are cheaper (the 7/7 bombers spent £3000 making their murderous bombs), smaller and easier to conceal. They were not stupid, and the Mumbai Massacre happened.
To bring matters up to date, I believe that we have recently seen a new development in Jihadist tactics. The case of Roshonara Choudhry, the 21 year old woman jailed for stabbing Stephen Tibbs MP, indicates (to me, at least) that Al-Qaeda are moving towards the tactic supposedly developed by 19th century Anarchists - "Propaganda by Deed". I say "supposedly", because anarchists totally condemn both the tactics and beliefs of Al-Qaeda - See Here. I have no doubt that Jihadists loathe Anarchism just as much, but "Propaganda by Deed"(PBD) will hold certain attractions for Al-Qaeda.
Briefly, PBD means that individuals who support a radical cause should take violent actions against real (or imaginary) enemies when they are so minded, and have the opportunity. In the 19th century, some anarchists did carry out such attacks, often "inspired" by police provocateurs. One such example was the Walsall Bomb Plot of 1892. Even at the time, most anarchists condemned such outrages, and even the perpetrators tried not to harm the innocent.
Al-Qaeda will observe no such niceties. Already, an Islamist website has published details of MPs' surgery times - and where to buy knives to carry out attacks. I hope I am wrong, but I anticipate that Al-Qaeda will move towards more such small scale attacks, less "spectacular", but every bit as lethal. I also think that their range of targets will grow wider in time. Like I said, let's hope I'm wrong. 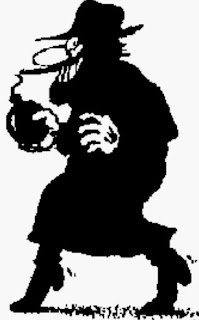