"Denial" the Movie - Truth on Trial 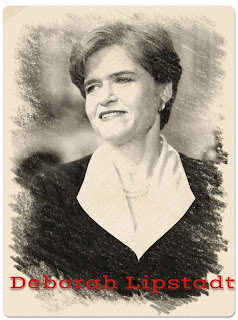 On Monday, I received the DVD of “Denial”, the film about the 2000 David Irving libel trial starring, among others, Rachel Weisz and Timothy Spall. The trial was highly publicised at the time, and it is no spoiler for the film to say that Irving lost his case.   Some people think the trial was about Irving being tried for Holocaust denial, but in fact, the action was brought by Irving against American historian Deborah Lipstadt. As Tom Robey says, Irving claimed:
“… she’d libelled him repeatedly in her book Denying the Holocaust. The case went to the English High Court – where the burden of proof is on the defendants, unlike in the US, where the burden’s on the plaintiff”.
In her book, Lipstadt accused Irving of being a Holocaust denier, a bigot, a racist, and a bender of documentary evidence. The film, and the book of the same title, detail the efforts of Lipstadt and her legal team to prove that Irving had distorted historical fact in an effort to whitewash Hitler and deny the systemic nature of the Holocaust. 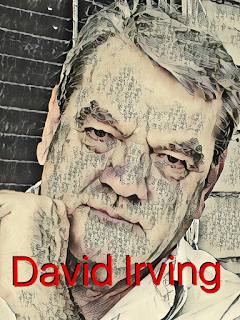 Irving was on the radar of anti-fascists and the Jewish community in the UK for many years before he tried to sue Professor Lipstadt. He began his career as a “historian” following an unsuccessful university career by writing a book about the Dresden bombing, in which he grossly inflated the civilian casualty figures. In 1967, he wrote “The Destruction of Convoy PQ-17”in which he libelled a Royal Navy veteran who successfully sued Irving, forcing Mr Irving to pay out £40 000 in damages. In the 1970s, Irving wrote “Hitler’s War”, in which he claimed that Hitler did not order the Holocaust. He made numerous trips to Germany where he addressed meetings of neo-Nazis; he provided public support to an openly Nazi student at London University and his books featured on the reading lists of the National Front and British Movement.
On this evidence alone, it is no exaggeration to say that Irving can, at the very least, be described as sympathetic to the Third Reich. In the 1980s, I found confirmation of this when I ill-advisedly borrowed “Hitler’s War” from the local library. In the first couple of chapters, I found clear evidence of Irving’s bias when I read his unusual expression of sympathy for the French people after D-Day. According to Irving, the French were plagued by Allied troops who looted everything in sight, while the well-behaved Germans had never dared to do such things. I took the book back.
None of this was used in the trial, nor does it appear in the film. Suffice it to say that the team of legal experts and historians who supported Lipstadt were able to refute all of Irving’s silly arguments and win their case convincingly. Given some of Irving’s antics before and during the trial (at one point, he called the trial judge "Mein Fuhrer"), it should have been a push against an open door. For example, Irving was on record as saying:


"I say quite tastelessly, in fact, that more women died on the back seat of Edward Kennedy's car at Chappaquiddick than ever died in a gas chamber in Auschwitz”.

"I don't see any reason to be tasteful about Auschwitz … It's baloney, it's a legend.”

“I'm going to form an association of Auschwitz Survivors, Survivors of the Holocaust and other liars, or the ASSHOLS."

In fact, the trial does not move as smoothly as that, but, as I think we should all watch the film, I will say no more about the plot. As for the film, I was left thinking that, able as Rachel Weisz is, an American actress might have been a more appropriate choice to play Deborah Lipstadt. Much praise has been lavished upon Timothy Spall’s portrayal of Irving, but, good as it is, it presents Irving sometimes as little more than a pantomime villain. Irving, as his books reveal, is no joke.


Some critics have said that the film suffers from the lack of a moment of supreme, Hollywood style, emotionally-charged courtroom drama, but this is eyewash, in my opinion. The film succeeds, as did Ms Lipstadt’s defence team, by a gradual demolition of Irving’s “arguments”. To do anything otherwise would have been an Irving-like distortion of the truth.
On that note, I think that this is the main point of the film: the primacy of the truth. In an age when “false news” is so influential, it is important that we do not compromise on this issue. The Holocaust happened; Donald Trump attracted a smaller inauguration crowd than Obama; David Irving was imprisoned for Holocaust denial in Austria in 2006. Oh, and Elvis is not working in a chip shop in Brighton. This film, despite its artistic flaws (can any film be flawless?), is a clarion call for honesty and the defence of historical veracity. As Peter Bradshaw said in The Guardian:
“…denial is fashionable again. Irving himself is gloating at the way “alt–right” fascists are threatening to make him and his poisonous flat-earthery acceptable once more. The US president himself believes in “alternative facts”. So for me this film, telling its story with punchy commitment and force, was a breath of fresh air”.

For those worried about David Irving, who was bankrupted after the failure of his libel suit: do not be concerned. He now lives in the Scottish Highlands, in a 40-room mansion near Nairn provided by an anonymous benefactor. Besides this, Irving claims that his books are selling well, his YouTube blurbs are doing famously, and well-wishers are sending him money:
“It used to be small amounts, and they still come in, but people are now giving me very large sums indeed – five-figure sums. I now drive a Rolls-Royce. A beautiful car. Though money is completely unimportant to me.” 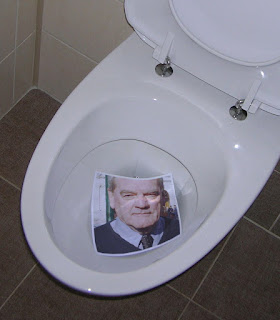