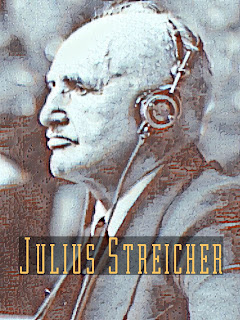 In the current edition of "Searchlight", the anti-fascist magazine, there is an article  by Jerry Goldman - "Still on the Shelf". Goldman is writing about what can only be described as an ongoing scandal: the fact that extreme right wing literature is available for sale on Amazon. This is not a new issue. In 2016, I learned that "The Turner Diaries", which inspired fascist terrorists such as David James Copeland, the London nail bomber and the Oklahoma City bomber, Timothy McVeigh and is thought to have influenced the murderer of Jo Cox, Thomas Mair, was being sold on Amazon. It is still available on the Amazon website at £15.99. Complaints about this from individuals and religious organisations have had little, or no effect. 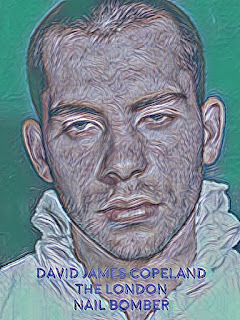 However, I underestimated the extent of extremist literature that Amazon sells, and I have to thank Jerry Goldman for highlighting just how bad the situation is. There are books by Colin Jordan (late and unlamented British Nazi), Arthur Butz (Holocaust denier), Fred Leuchter (David Irving's favourite researcher), Mark Collett (ex- BNP youth leader) and many others. As might be predicted from this, we find David Irving's books on sale, despite his convictions for Holocaust denial. Most disgusting, though, is the presence of books by at least two murderous Nazis who were executed for crimes against humanity in 1946: Alfred Rosenberg, author of "The Track of the Jew Through the Ages" and Julius Streicher, pictured above. 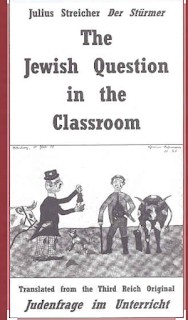 Streicher was a leading Nazi Party member with a special interest in anti-Semitic propaganda. He founded the newspaper, "Der Sturmer", and, sickeningly, wrote several anti-Semitic books for children, one of which is pictured above. It sells for £7.64 on Amazon and has three customer reviews, two of which are commendably hostile and one contemptibly favourable. A Mr Andreas Backman gives the book five stars and describes the book thus: "This is the forbidden truth". No prizes for guessing Mr Backman's political allegiance! Were this not bad enough, Hitler's "Mein Kampf" is sold by Amazon for £8.99 (paperback) and 98p (Kindle edition). Before the advent of Amazon, such literature was hard to come by, being sold by extreme right-wing booksellers linked to outfits such as the National Front or British Movement. Amazon, it seems, has cornered the fascist market, and the Fash don't seem to have any complaints.
As for Amazon, they (predictably), defend their sale of such poisonous material by making it a free speech issue. telling the online magazine, Quartz:
“as a bookseller, we provide our customers with access to a variety of viewpoints, including books that some customers may find objectionable."

"They do not allow, for instance, products that promote, incite or glorify hatred, violence, racial, sexual or religious intolerance or promote organizations with such views. “We’ll also remove listings that graphically portray violence or victims of violence,” Amazon’s terms say. Yet these terms “apply to all products except books, music, video and DVD,” arguably the categories most likely to include such content."

Besides this, as Jerry Goldman points out, Amazon has "some of the toughest lawyers in the world." Anyone seeking to tackle Amazon on this matter in the courts will need very deep pockets. So, the far Right can continue to direct their followers who want to read more of their vile propaganda to the Amazon website, and there's nothing that we can do to stop them.
Or perhaps there is...
In his article, Goldman says that:
"Although Amazon removed such books (see above) from its online store in countries where Holocaust denial is illegal, they remain available to shoppers in Britain".
That being the case, it points to a need for the UK to fall into line with the rest of Europe by making Holocaust denial illegal, thus putting an end to Amazon's sale of all such material. However, as we now have one of the most right-wing governments in living memory, that does not look likely. 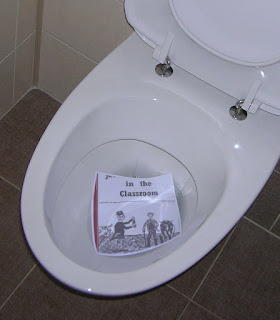 The best place for neo-Nazi and racist literature.